The visit by Paolo Gentiloni, Prime Minister of Italy to India on 30th October may seem like any other in a busy diplomatic season in Delhi but was significant in many respects. The visit has opened up a new engagement in the economic and trade cooperation between the countries, which remains their strongest link, but few except those following this engagement realise that it has been a decade since an Italian Prime Minister visited India – the last such visit was by Romano Prodi in 2007.

Expectedly, the Italian Prime Minister arrived with a 15-member CEOs delegation. India pulled out all stops to make him feel at home – he was accorded a ceremonial reception at the Rashtrapati Bhavan forecourts and interacted with the Indian President, Prime Minister, Vice President and the External Affairs Minister. His CEOs joined 19 Indian captains of industry for a productive session with the two Prime Ministers. He also spoke at an event organised by the Observer Research Foundation on the European Union. Although this visit was stitched together at short notice- the two Prime Ministers had met at Hamburg for the G20 Summit recently – a slew of MOUs signed in the fields of railway safety, celebration of 70 years of diplomatic relations, promoting mutual investments, cooperation in energy, and a protocol on cultural cooperation, reflect the interest of both sides to open up the relationship and take it back to the years before February 2012, when an unfortunate incident in which two Italian marines shot dead two Indian fishermen off the coast of Kerala derailed the burgeoning relationship between the two countries. Both sides claimed jurisdiction to try the marines. Authorities in both countries could not control the snowballing of this issue politically and entering the complicated legal arena. 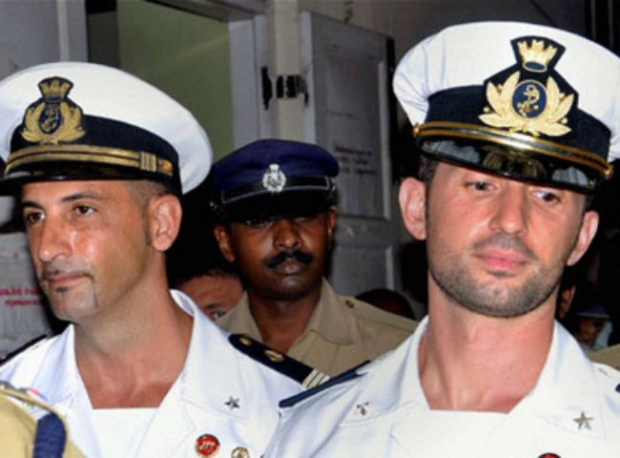 In September 2014, one of the marines- Massimiliano Latorre was allowed to return to Italy on health grounds. The case was referred by Italy to the Permanent Court of Arbitration in the Hague in 2016, and following an Indian Supreme Court order, the second marine, Salvatore Girone, was also allowed to return to Italy while the Indian Supreme Court retained its jurisdiction. The fallout had unforeseen political consequences- the Italian government was forced to block progress in the EU India Free Trade Agreement and its Membership of the Missile Technology Control Regime, and raised questions vis a vis the Indian membership of the Nuclear Suppliers Group.

Since May 2016, however, the situation has eased. As Foreign Minister, Gentiloni was keen to visit India to open up sectors of cooperation but this could not happen due to scheduling issues.

External Affairs Minister Sushma Swaraj’s visit and her meeting with Gentiloni in his previous capacity in Rome, on the sidelines of the Canonisation Ceremony of Mother Teresa in 2016 was an important visit for both sides. Since then, more such visits have followed, especially in the economic and cultural fields, but much more is in the pipeline. of particular note have been the visits of the Indian Minister of food processing Harsimrat Kaur Badal, and the former Minister of Commerce and Industry and now the Defence Minister Nirmala Sitharaman, and from the Italian side, one by the Vice Minister of Commerce of Italy, Ivan Scalfarotto, who led a business delegation, and lately, as a follow up to the Gentiloni visit, a food processing delegation to India. 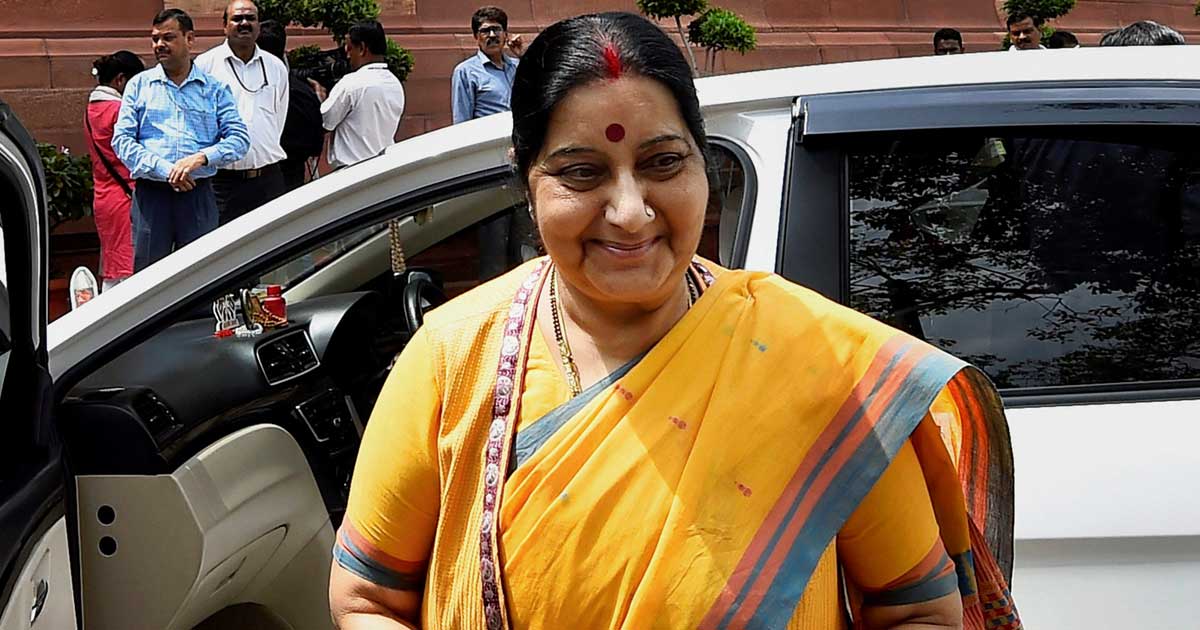 The India-Italy bilateral trade today is at $8.79 billion according to the 2016-17 figures, and India enjoys a trade surplus. Bilateral trade has reached $3.22 billion in the first four months of 2017-18.

With close to $2.5 billion, Italy is the 13th largest investor in India and is strong in the automotive, industry, trading, services, industrial machinery, defence and food processing sectors. 600 Italian companies are active in India in wide-ranging sectors such as fashion and luxury, textiles and textile machinery, the automotive industry, infrastructure, chemicals, energy, confectionary and insurance.

Shared democratic values and historical connections make India and Italy natural partners. The structure of their economies, dominated by Small and Medium Enterprises, a shared complex and rich political system, proximity of views on global issues like terrorism, radicalism, and climate change reinforces their complementarity. Italy can be an influential voice in support of India in the EU, in the EU-India FTA negotiations, and in the NSG, as can be seen from their support resulting in India’s membership of the MTCR once the relationship thawed. New fields of convergence have emerged as India embarks on a modernisation drive with emphasis on “make in India”, new and renewable energy, design, robotics, artificial intelligence, clean technologies, and packaging. Cybersecurity and counterterrorism have emerged as interesting fields of collaboration.

Alitalia started direct flights to Delhi from Rome on the day Prime Minister Gentiloni was in India, adding to the existing Air India flights on the Delhi Rome and Delhi Milan sectors, providing a boost to tourism which is going up substantially every year. Scientific institutions in the two countries collaborate in the fields of bioinformatics, neuroinformatics, space science technology and emerging web applications. Italy ranks 5th in the number of approved technical collaborations in India, and there is a strong Indology and Yoga tradition in Italy. 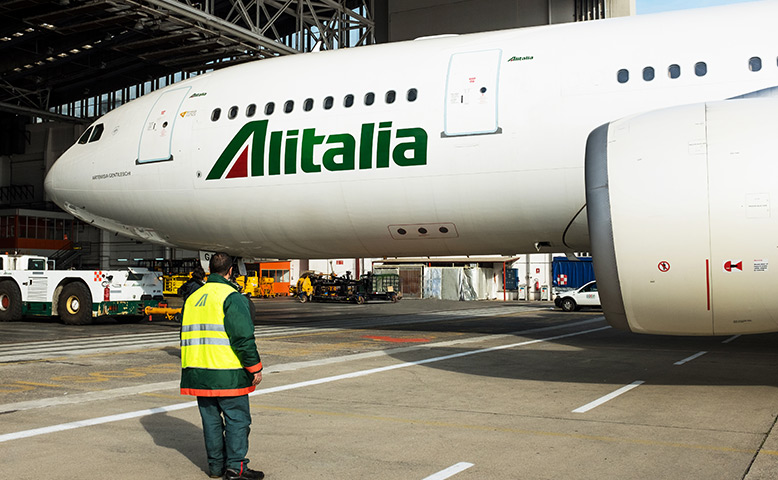 Contemporary India is studied and analysed in many universities, and the Indian community which is now 190,000 strong is playing a significant role in floriculture, dairy, wine and cheese industries in Italy. Bilateral defence cooperation continues a little under the radar.

With new developments in shipbuilding, underwater systems like torpedoes, aircrafts, helicopters, radars, system integration, communications, defence electronics and high altitude equipment and clothing, Italy is a frontline state for defence collaborations with India, which is now ripe for a shift to joint production, transfer of technology, and enhanced cooperation between the services, especially the navies. Italy, however, has been slow in cooperation in this sector due to the shadow of the marines issue, and perhaps, a perceived political fall out. The need of the hour is continuous engagement with India in the defence field through high-level visits and moving quickly on the resumption of the meetings of an array of joint working groups set up between the two sides. It has not gone unnoticed in India that Italy has, over the same period, exchanged a number of high-level visits in this field with Pakistan.

The Marines issue will come up for a final hearing before the Arbitration Tribunal in The Hague after February 2018, unless both sides can reach a mutual understanding on a solution outside the legal process. The Augusta Westland Court hearings in Milan are also an issue of great interest in India. Although Finmeccanica, accused of unfair practices in selling 12 Augusta Westland helicopters to India has seen a reorganisation many times over since 2006, when the process started, and its personnel accused in the case are no longer involved in decision making of any sort, the process of retrial in the case has deterred cooperation with the company. India has also requested the cooperation of Italian authorities for evidence, and extradition of middlemen Guido Hascke and Carlo Gerosa for implementing charge sheets filed in India. The fact that the two sides managed to put these issues on the back burner and move on with substantive collaboration and progress in relations during the visit is itself significant, and indicative of interest in each other. Italy and India can look forward to a progressive future with confidence.

The Trump-Kim Summit: A Mixed Bag

The China Factor in RCEP